Enjoying memoir and personal history means looking out for some books that combine the two. The Day the Whistles Cried: The Great Cornfield Meet at Dutchman’s Curve is the true story of America’s worst train wreck, an ambitious 200 page work of creative nonfiction. Even the title reflects the six years of research that Thorpe invested. “A cornfield meet is railroad slang for train wreck! This mother of all train wrecks took place in the cornfields along White’s Creek, and may have been the foundation for the phrase.” Thorpe was instrumental in getting the site marked with Metro Nashville Historical Marker #128, in 2008; Dutchman’s Curve is in the Richland Park Greenway. The nearest parking is on Whitebridge Road.

Tracking down descendants of the “One Hundred and One Victims” to interview and spending long hours in archives, Thorpe gathered a ton of primary material. For me, that pushes it into the fringe of memoir. Boiling down over 5000 pages of research notes into 200 pages of riveting reading was her biggest challenge. Most rewarding? “Seeing people’s names in a list of who died in a 1918 newspaper; then watching them come to life before my eyes, as I discovered what they did for a living, why they were on the train, their families. It’s the story of a time gone by, told through these real lives, not just a train wreck. On the trains rode two men out for a day of fishing; domestic workers; a potential governor of Tennessee; illiterate laborers headed for DuPont, among many others. As their stories unfold, so does the story of those turbulent and changing times. ‘Victims’ no longer, these people have their lives vindicated at last.”

Fans of Titanic and those interested in disaster stories, history, Southern culture, and railroads can find the book for sale in January of 2014. Thorpe is an honorary member of the Bellevue Harpeth Historical Association, the Nashville Chattanooga Preservation Society, and Nashville Historic, Inc. She studied folklore and ethnic anthropology at the University of Oregon and is a scholar of early twentieth-century Southern culture and history.

A strong writer and person, Betsy Thorpe of Nashville has posted her project on KickStarter at The Day the Whistles Cried. You can buy an advance copy there, or join the party of support with many other innovative rewards, all of which have been funded completely, to her delight and ours, through the website. It’s up until Friday so make that click. You’ll enjoy her memoir narrative about how she came to write this, it’s posted on the Kickstarter page. You can also hook up with this innovative author at https://www.facebook.com/dutchmans.curve. 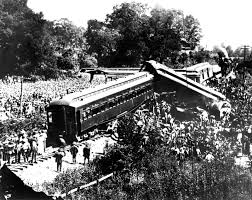 Local History
Best Book Ever
“The Best Book is Your Own Story.”
Deborah Wilbrink
Contact